The K-pop sensation BTS is extending its reach in the art world with CONNECT, BTS, a new contemporary-art initiative that will span five international hubs on four continents. The members of the globe-trotting group were inspired to launch the project as part of an effort to create a “collective, positive message for the world that we value,” as they put it in a statement. 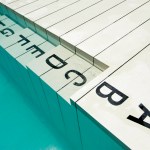 A series of art projects—all to be free and open to the public—launched on Tuesday with the debut of a new audio-visual work titled Catharsis by Jakob Kudsk Steensen at the Serpentine Galleries in London; the work, which immerses viewers in the life cycle of a forest, can also be experienced online via a dedicated website. On January 15, Gropius Bau in Berlin will present a series of spiritually-minded performance pieces by more than 17 artists (including Jelili Atiku, boychild, Cevdet Erek, Marcelo Evelin, Maria Hassabi, and Antonija Livingstone and Bill Fontana).

For other manifestations of CONNECT, BTS, Tomás Saraceno will create the work Fly with Aerocene Pacha, through which the artist will float a person in the air using only solar power—with footage from the making of the artwork at Argentina’s Salinas Grandes t0 be screened in Buenos Aires from January 21 to March 22. At Seoul’s Zaha Hadid-designed Dongdaemun Design Plaza, public exhibitions of Ann Veronica Janssens’s sensory environment Green, Yellow, Pink and Yiyun Kang’s digital environment Beyond the Scene will be on view.

Finally, Pier 3 in Brooklyn Bridge Park in New York will host Antony Gormley’s New York Clearing, which—from February 4 through March 27—will comprise 11 miles worth of aluminum tubing that coils and wraps in on itself. Visitors are encouraged to walk through Gormley’s monumental installation, which was recently presented on a smaller scale at the Royal Academy in London.

In a statement, Lee, the curator, said, “The significance of art, whether it consists of sound, sculpture, photography or another medium, is its innate potential to forge a relationship between artist, viewer, the immediate environment, and the atmosphere which encircles and extends far beyond. This project will encourage appreciation of diversities and establish ground for great new synergies to be born.”

A statement attributed to BTS as a whole reads, in part, “This project is especially meaningful to us because it truly represents diversity and creates a collective, positive message for the world that we value. Through this project, we hope to return the great amount of love and support from our fans, ARMY, and all audiences.”